This study analyzes the impact of state capacity on local economic growth by exploiting a quasi-natural experiment in the regional expansion of the state. It uses the local discontinuity created by the boundary of the largest peasant rebellion in 18th century Russia where the state increased security forces and levied taxes more efficiently after the uprising ended. The results show that increased state capacity had limited economic effects until the central government targeted specific development objectives. Namely, when rulers chose to promote, e.g., education or industrialization, their national policies benefited areas with strong state capacity.

British detention camps and the origins of distrust in Kenya

This study examines the long-run effects of British detention camps in colonial Kenya on contemporary economic well-being and trust. During the dawn of colonial rule in Kenya, the British Empire was confronted with a violent uprising to which it responded with far-reaching measures, in effect suspecting anyone sharing the ethnicity of the so-called Mau Mau tribes, and incarcerating a significant share of the native population between 1954 and 1959. Exploiting geographic and individual characteristics to identify the affected individuals and households, we show that individuals exposed to detention camps have worse development outcomes today. We use rich contemporary survey data to document that affected individuals tend to be less trusting, accumulate less wealth, and are less literate, even though their ethnic kin belong to the ruling class of contemporary Kenya. We are currently geocoding historical census data to control for pre-camp location characteristics and assess well-being from the 1960s onwards. 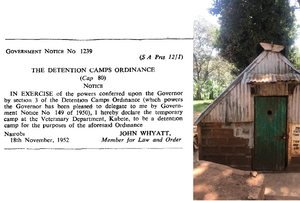 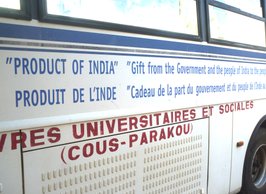 Does India Use Development Finance to Compete With China?
A Subnational Analysis

China and India increasingly provide aid and credit to developing countries. This paper explores whether India uses these financial instruments to compete for geopolitical and commercial influence with China (and vice versa). To do so, we build a new geocoded dataset of Indian government-financed projects abroad between 2007 and 2014 and combine it with data on Chinese government-financed projects. Our regression results for 2,333 provinces within 123 countries demonstrate that India's Exim Bank is significantly more likely to locate a project in a given jurisdiction if China provided government financing there in the previous year. Since this effect is more pronounced in countries where China has made public opinion gains relative to India and where both lenders have a similar export structure, we interpret this as evidence of India competing with China. By contrast, we do not find evidence that China uses official aid or credit to compete with India through co-located projects.